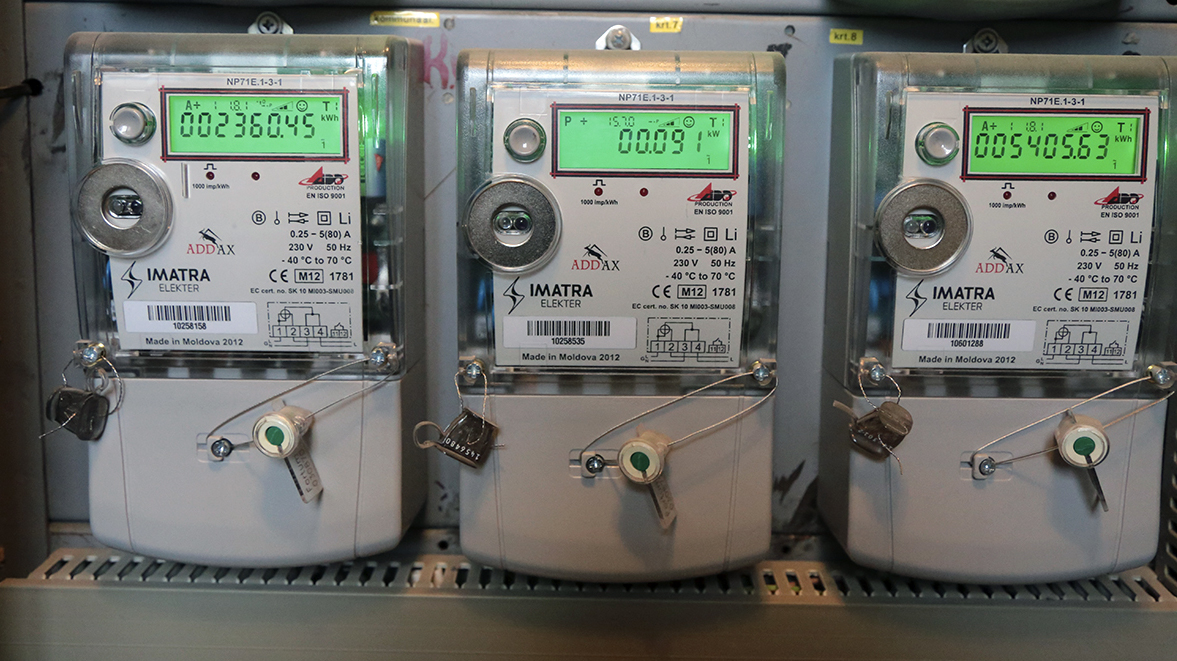 The history of work with the ADD GRUP goes back to 2007. After acquisition of electricity network it was found out that the level of losses at some substations reached 20-25%. Replacement of meters did not give any tangible results. It became clear that there were physical connections beyond meters. The search for such in a private area or in the house itself would definitely lead to problems, including legal ones. It was decided to install measuring points at the border of the properties. It was clear that now the increaed consumption for part of customers would cause protests, so the meter readings were to be close to real time. Then we paid attention to ADDAX smart metering system already working in Narva, in VKG networks.
Using a Medium Voltage network for data transfer and free software made the system more attractive compared to other offers on the market and we decided to install a pilot project. Turning to ADD GRUP with the request to install a pilot project, we were very pleasantly surprised with both the level of qualification of the specialists and the extremely friendly attitude to the clients. We still maintain good relations.As a result of the pilot project, network losses decreased to 2%. In principle, we were satisfied and continued to work with ADD GRUP planning to gradually replace the other meters reaching legacy. Certainly, things were not absolutely ideal and in one the lot of meters, 300 pieces, broke down in a relatively short time, due to a defective part. To the honesty of the ADD GRUP company, there was never a question of replacing and repairing the meter at the manufacturer’s expense, including in the post-guarantee period. This attitude gives the consumer a sense of confidence in the supplier.But life does not stand still, and the European Union has adopted a directive on the introduction of remote accounting for all consumers by 2020. The Estonian government has established a more stringent deadline – 2017. Since Imatra Elekter’s networks were part of the Fortum group at the time, an international competition was conducted to further introduce the remote metering system, ADD GRUP became the winner, leaving behind very strong competitors. One of the main arguments in evaluating the results of the tender was previous positive experience with ADD GRUP. At the tender, a new 7th version of the meters was proposed. Due to strong competition, the prices of mobile operators fell, and in the new version we refused to Medium Voltage networks as communication channel in favor of GSM network. At the moment, all clients of Imatra Elekter, about 25000, are provided with smart meters. The system provides billing data collection about 99.5%.
I will not describe the advantages of remote metering known to all, but I will focus on the bonus that the network company received after installing smart meters – namely, the ability to record events and network parameters. To be honest, we used to have a poor idea of what actually happens in the net. Too many factors, such as parameters and defects of the network itself, as well as equipment and modes of consumption of customers, were unknown to us. Periodically, complaints were received about the burned electronics from alleged overvoltage in the network. Smart meters configured accordingly monitored the network and identify problem areas. Based on the analysis of the data obtained it is now possible to conclude whether the claim is justified and if there is a need to repair or renovate the network. Measurement of the maximum power of the consumer allows you to estimate the real load in the network and to direct investments exactly to where they are currently needed. When using smart meters, it turned out to improve not only the accounting, but also the quality of the network service itself.

By the way, the pilot project from 2007 is still working.